Here are some quick updates on association developments you may have missed in the most recent edition of the AFPAAA newsletter, or have come up since it was published:

Congratulations are in order for the winners of the 2019 Public Affairs Communication Excellence Awards!

TSgt Laura J. Beckley, 436th Airlift Wing Public Affairs, Dover AFB, Del., was named the "Best of the Best" for 2019. This award, sponsored by the Air Force Public Affairs Alumni Association, recognizes the outstanding officer, enlisted, or civilian member who best demonstrates professional excellence and contributes significantly to the effectiveness of the Air Force public affairs mission. In honor of her achievement, AFPAAA will present TSgt. Beckley with the "Brig. General James W. Hart, Jr. Best of the Best Award" trophy, a $1,000 check, and a lifetime membership in the association.

The winners of the Individual Awards for Communication Excellence are:


Deadline to Vote in Board of Directors' Election Coming Soon...

The annual election for AFPAAA’s Board of Directors is happening now. AFPAAA members in good standing – those whose dues are paid in full - can vote for candidates to fill the six open seats on the board.

You can learn more about the candidates and how to cast your vote at the ballot page.

Col. Pat Ryder Picked for Star, Will Be Next SAF/PA Director...

Air Force Public Affairs leadership will remain in good hands as Colonel Pat Ryder, who was recently selected for promotion to Brigadier General, will succeed Brigadier General Ed Thomas as the Director of SAF/PA. General Thomas has been tapped to be the next head of Air Force Recruiting Service. 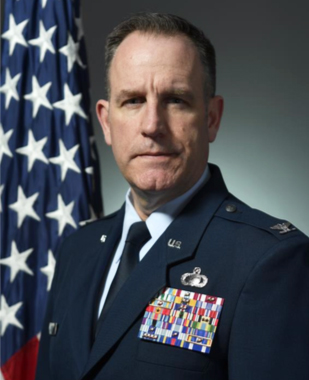 Colonel Ryder has an impressive background in public affairs, with PA assignments at wing, major and combatant command, Air Staff, Joint Staff, and SecDef levels. Prior to coming to SAF/PA, Colonel Ryder was the Special Assistant for Public Affairs to the Chairman of the Joint Chiefs of Staff. He has served tours in Turkey, England, Germany, and Pakistan in addition to his stateside PA assignments, and was the Director of Public Affairs for U.S. Central Command.

AFPAAA Mourning the Passing of Patty Hart and Pete Alexandrakos...

Patty, married for 58 years to AFPAAA Lifetime Founder, Board President, Chairman, and longtime Treasurer Jim Hart, passed away in September following a stroke. Her presence, smile, and genuine friendship enhanced our gatherings through the years, welcoming and making comfortable members old and new.

Pete, whose hard work was instrumental in AFPAAA's establishment, died in October from cerebal complications caused by a fall. He served five years on the first board of directors, eight years as treasurer, and in 2001 was the first recipient of the Association’s Mike McRaney Distinguished Service Award. 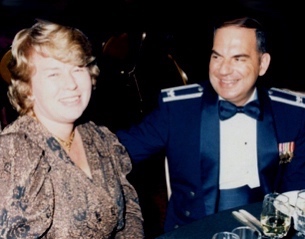 The winter newsletter has more about these great people, and you can read Pete's bio here.

Congratulations to Rob Palmer, the SAF/PA Mobilization Assistant (MA) and an AFPAAA Life Member, on his promotion to brigadier general. An Air Force Reservist assigned as the MA to the SAF/PA Director, Brigadier General Ed Thomas, he was confirmed by the Senate and promoted to brigadier general on November 21. 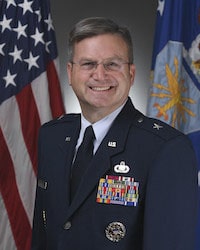 Brigadier General Palmer has been the SAF/PA Mobilization Assistant since June 2018. Prior to his current assignment he was the Individual Mobilization Augmentee Special Assistant for Public Affairs in the Office of the Chairman of the Joint Chiefs of Staff. His full-time civilian job is Vice President of Government Relations for WPS Health Solutions, in Madison, Wisconsin.

You can read more about Brigadier General Palmer in the winter newsletter and in his official Air Force biography.