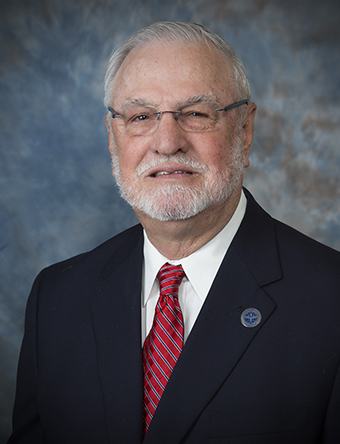 If you were ever stationed overseas, chances are you need to say “thank you” to Mike Kinchen.

A giant in the broadcasting world, Mike helped establish the Air Force Broadcasting Service in 1981, and his efforts to enhance the quality and availability of radio and television programming for service members all over the world continue to pay dividends today.

Along with his newspaper editing talents, Mike had an extremely successful career as a military broadcaster, whether that entailed working in front of, or behind, a TV camera, deejaying on the radio, or managing operations behind the scenes. He won his Thomas Jefferson Award as a broadcaster for a series of radio and TV spots he developed while stationed at Clark AB in the Philippines.

In addition to the Philippines, Mike served in numerous overseas assignments, including Korea, Okinawa, Puerto Rico, Alaska, Vietnam, and Thailand. As a member of “Operation Lamplighter” he was hand picked to help establish the Armed Forces Thailand Network and get it on the air. He spent over 23 years on active duty, retiring as a Chief Master Sergeant in 1985.

As a civilian employee after his military retirement, Mike played a major role in overseeing American Forces Radio and Television Service operations at locations throughout the world. Regardless of the remoteness of the location or the technical challenges involved, Mike worked tirelessly to expand the options Air Force members serving overseas had for news, sports, and entertainment.

After 49 years of federal government service, Mike retired from his position as the Director of Defense Media Activity-Air Force Production in San Antonio in 2011. In addition to his two Thomas Jefferson Awards, he was the recipient of the Freedoms Foundation's George Washington Honor Medal, the Secretary of Defense Medal for Meritorious Service, and the Colonel Tom Lewis Lifetime Achievement Award from AFRTS, the citation for which you can read here.